Learnings For Students At Lancers, One Of The Top Schools In Gurgaon

Celebrating the friendship between India and France at Lancers, one of the best schools in Gurgaon.
French speakers and Francophiles from around the world united at the Francophone Mela to promote the French language and the diversity of Francophone cultures. They came together to become real “Citoyens du Monde” which means citizens of the world.

Why do we celebrate it?
Students from Grade 6 and 7 who are learning French participated in the competitions at the Francophonie Mela, which took place at Alliance Francaise de Delhi. Our school participated in the singing and poster making the competition. It was an incredible learning experience for all the students and they all gave their best. It was a lot of fun and a time to bond.

International Women’s Day Celebration At Lancers, One Of The Top Schools In Gurgaon

Shares a student from Lancers, one of the best schools in Gurgaon, “International Women’s Day is observed on the 8th of March, annually. It is about the celebration of social, economic, cultural and political achievements that women have made over a long period of time.
Be Bold For Change was the theme for this year’s IWD, and to celebrate women and pay tribute to the struggles that some went through over the decades, Lancers International School held a special assembly to acknowledge such great role models.

Students from Grade 8th, 9th and 10th shared the stories of women who have inspired them; such as, Jhansi ki Rani, Rosa Parks and Susan B. Anthony. Some stories were new, while others were retold; but all were equally compelling. The twist was introduced by two 11th graders who spoke about ‘Men’s Perspective’ on women. That not only created a balance but brought men’s point of view to the limelight.

To break the constant cycle of presentations, songs like “Meri Maa” from Yaariyan and “Hero” by Mariah Carey were sung, and two short poems were recited. The success of the event could be heard in the applause given by the audience. At the end of the event, every woman in the auditorium was presented with a rose.”

Shares another student from Lancers, one of the best schools in Gurgaon, “A woman. A mother. A sister. A daughter. A precious gift in every one of our lives.

When we talk about women, the first things that pop up in our head are all the roles that are played by these beautiful beings. Everything they do for love, and everything they sacrifice for the smiles of those they adore; they are all worth the praise.

A mother shows us to what extent love can reach. The care and warmth of their hearts are felt even when a mother and their child are geographically separated. They know every part of us – are tiny, weird habits, quirks, and uniqueness – better than anyone else.

A sister is almost like a second mother. And a daughter, a reflection of the woman we love. These women are not only gifts but a blessing, too. They have done everything they can to show people that “you run like a girl” can also mean “You run so fast!” What does a man now do that a woman can’t? The stereotypes are slowly fading away and it’s all thanks to those mothers, sisters, and daughters that once fought for us.

Woman’s day is a celebration. A day of pride and joy. A day to cherish our strengths and give ourselves a pat on the back for being who we are- raw and true. Also, a day to thank those who fought for us. A day to feel beautiful, as we, the mothers, the sisters, the daughters, the WOMEN are beautiful. A day I feel proud and I hold pride while I speak out the words, ‘I am a girl’.” 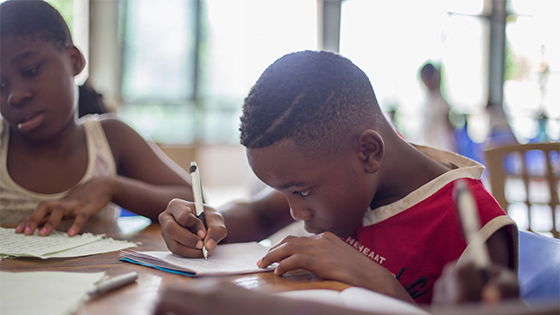 International Mindedness At Lancers, One Of The Top Schools In Gurgaon

Lancers had the privilege of having Mr. Vassilis Skronias, the Plenipotentiary Minister for Econ. & Comm. Affairs at the Embassy of Greece, visit Lancers, one of the top schools in Gurgaon and give his perspectives on the importance of international mindedness and its relevance to today’s global societies.

This was so relevant to students of Lancers since we are an international school. Members of our student body can co-exist only when we all have a good understanding and respect for other cultures, as well as an open-minded attitude towards others’ beliefs and cultures.

Mr. Vasilis himself, a much-traveled person, has experienced so many different cultures. Speaking to the entire school, during assembly, he said that when one is open-minded there is a level of acceptance that allows one to coexist with cultures and societies that are different. When you are open minded, you can also learn a lot from others, and this diversity among people brings about great ideas and different opinions, creating an environment for people to live in harmony.

We are very appreciative for his visit and thankful that he shared the informative and rich experiences of his travels and cultural experiences with us.

Able Club Assembly At Lancers, One Of The Top Schools In Gurgaon

Shares a student from Lancers, one of the best schools in Gurgaon, “Able Clubs at Lancers are incredible. On the 15th May, we had an Able club assembly, in which students made their final presentations for every Able club. All the work the teachers put into the club and the effort which the student put into it was amazing. The Drama Club presented the play, The Big Dream, about a little boy who became a famous football player.

We also saw two dances which were choreographed by sixth and seventh graders. The Indian vocals performed the song “Aisa kyu maa” which signifies the love of a daughter towards her mother. The classical Indian music club presented a musical piece by Anand Shankar. The Teenovation club talked about their projects and business plans, in their presentation. It was so magnificent to listen to their plans and how they would take them out to the market. This Assembly was very nice and we could see how all able clubs had worked hard for it.” 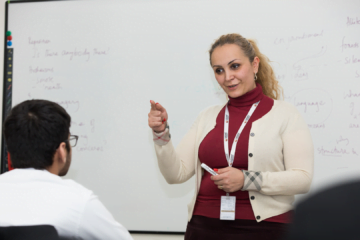 Benefits of an IB Diploma | International Schools in Gurgaon

The International Baccalaureate or IB school in India has recently gained popularity; it offers a two-year academic curriculum. The program is open to students that fall under the age group of 16 to 19 years. Read more… 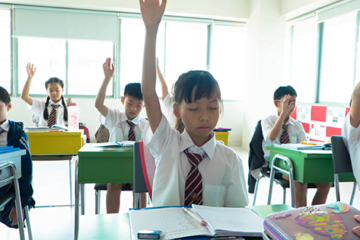 How Children Can Become Motivated For Independent Learning?

Education has always become important with the concept that how much marks are scored by the student in the exams. No one is bothered about the children mindset whether they have understood the subjects or Read more… 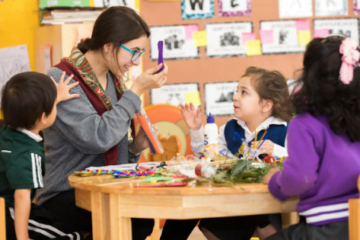 Gurgaon, presently known as Gurugram is one of the 22 Districts of Haryana in northern India. Gurugram city is the authoritative central command of the region. It has gotten a main money related and modern Read more…